Well it is officially steelhead season here at Pacific Angler!  After working two weeks straight prior to Christmas, I was able to sneak off for a few hours Christmas afternoon  as the family festivities were winding down.

A few casts with a Sage 3113MB and an old Hardy Super Silex and this chrome doe had a Christmas pink worm dinner!  It doesn’t get any better than that! 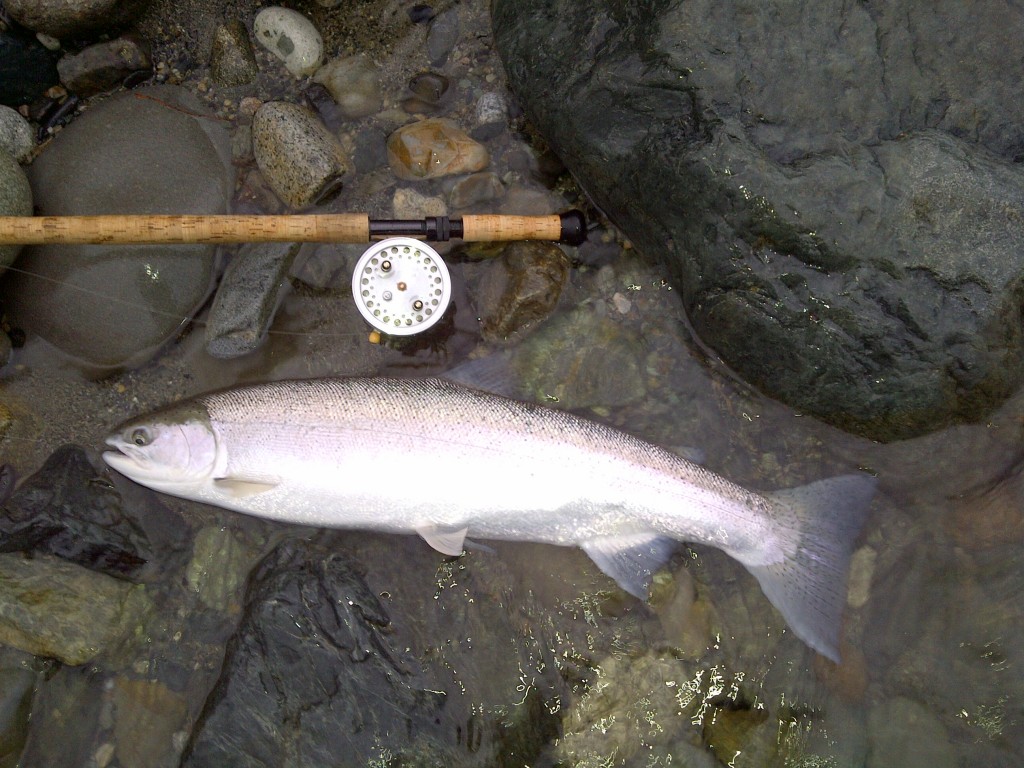 With the rain forecast this week, expect more fresh steelhead to enter the rivers.  Winter chinook fishing usually picks up this week as well, so I expect to hear some good reports soon on the rivers and in the ocean.

If you need anything from rods, reels, waders, boots, jackets, terminal tackle, fly tying, etc, it is all on sale right now!  You won’t believe the savings!

See you on the water or at the shop,

Posted on December 26, 2011 by Jason in FIshing Reports, Sales