This March the Pacific Angler Team travelled to the remote Northeast coast of Cuba to the world class flats destination of Cayo Cruz.  Here is the report on a truly fabulous trip.

Paradise in the Middle of No-Where

Cayo Cruz is located Southeast of Cayo Coco in the remote province of Camaguey. It is a stunning yet rugged land and only in the last 3-4 years have tourists (mostly fisherman) been traveling to the area.

You will hear many people say that when you travel to Cuba it is like stepping into a time machine and rolling back the dial 50 years. In Cayo Cruz you will need to add a few more decades to the dial.

Horse drawn carts are as common as cars,   livestock run the streets, and even though 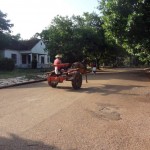 most of the communal residences have blown out walls and crumbling roves, all the people have smiles on their faces.

This trip was the second time Pacific Angler traveled to Cayo Cruz. Last season we were lucky to be one of the first large groups to explore the area and we couldn’t wait to get back.

Last season’s  trip was great. We had moments of fabulous fishing and the staff did an awesome job of bending over backwards to take care of us. Like every operation in its infancy – especially one in such a small remote town – there were  improvements that we recommended.

This year the staff listened. The food was light years ahead of where it had been. We had lobster, fish, stake, amazing fruit and too top it all off they roasted a pig behind the lodge on the last day.

The towns people  also pitched in to fixed the road and bridges to the boat launch taking  10 – 15 minutes off the morning drive.

Most importantly, the already competent and hard working guides improved their English and had learned a few more of tricks for fishing the vast expanse of flats and lagoons.

With seven year old rum costing  $5 a bottle and a great group of 12 brave anglers, we had the time of our lives.

We had all the highs and lows that make for a great fishing trip and we learned a lot about the fishery.  We had perfect conditions coupled with a day or two of lousy conditions – We saw a ton of permit and 3 permit rookies landed their first permit with the biggest being over 25 lbs (good job Slayola!)

With a number of the trip participants having a fair level of flats experience, we came to a consensus  that the bonefish in Cayo Cruz are large (honest 4lbs average) larger and less educated  than many other world class destinations around the Caribbean. 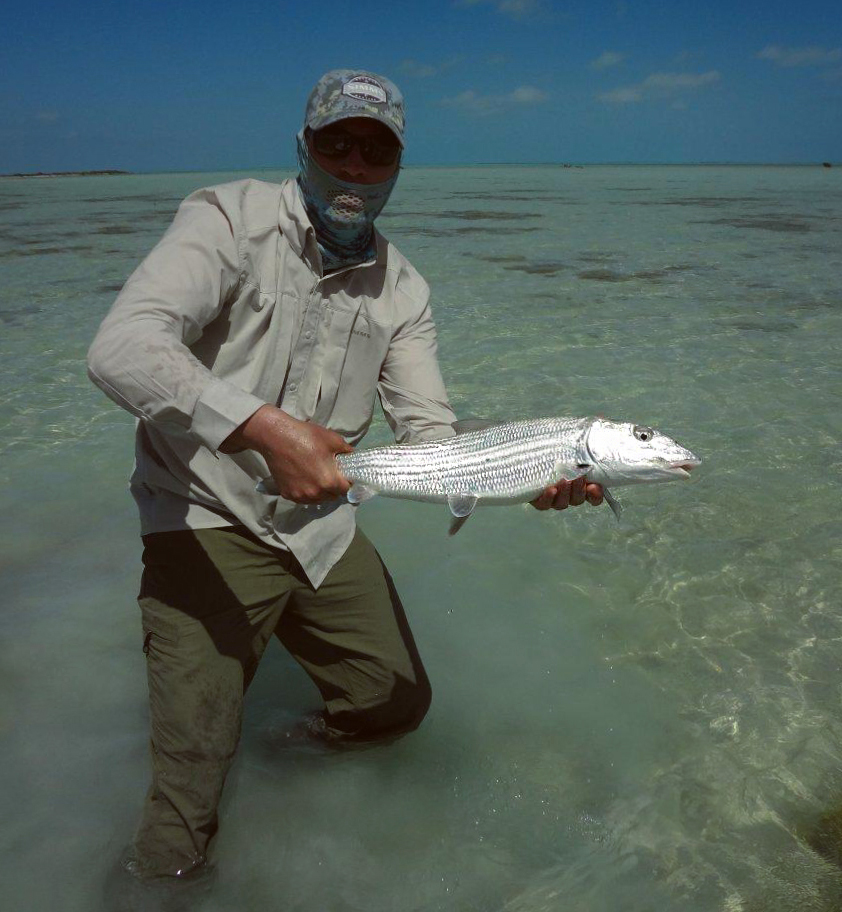 The prime flats habitat in Cayo Cruz stretches over a vast area, much larger than we have seen elsewhere. We had great fishing 2 minutes from the boat launch but if you wanted to drive the boat full-out for 5 hours you would still find yourself surrounded by lagoons and flats. Both factors make this trip something special. 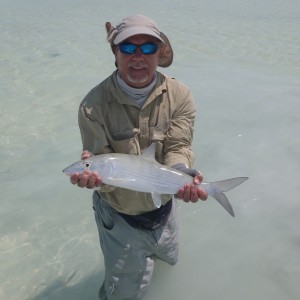 The one consideration that we want anglers to understand is that in such a large area the bonefish could play tricks. We had days where boats would see 100-500 fish in a morning, hook multiple double headers, then run skunked for the rest of the afternoon.  The very next day on the same tide, on the same flat a boat might see nothing for the entire morning then flip it around in the afternoon and run into 5-15 single large 5-8 pounders and 3 permit. Every boat in our group had days of plenty, days that humbled and days that simply made you shake your head with a stupid grin on your face. 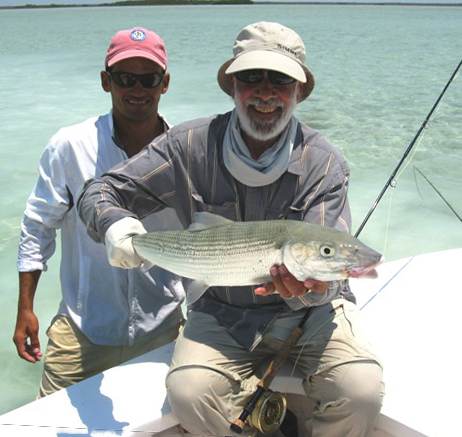 We came to the conclusion that there are more consistent bone fishing locations but  if you are willing to wait out the slow times while you find the fish,  Cayo Cruz can offer  some of the hottest combinations of quantity and quality in the world.

The icing on the cake for this trip was the number of permit we saw! 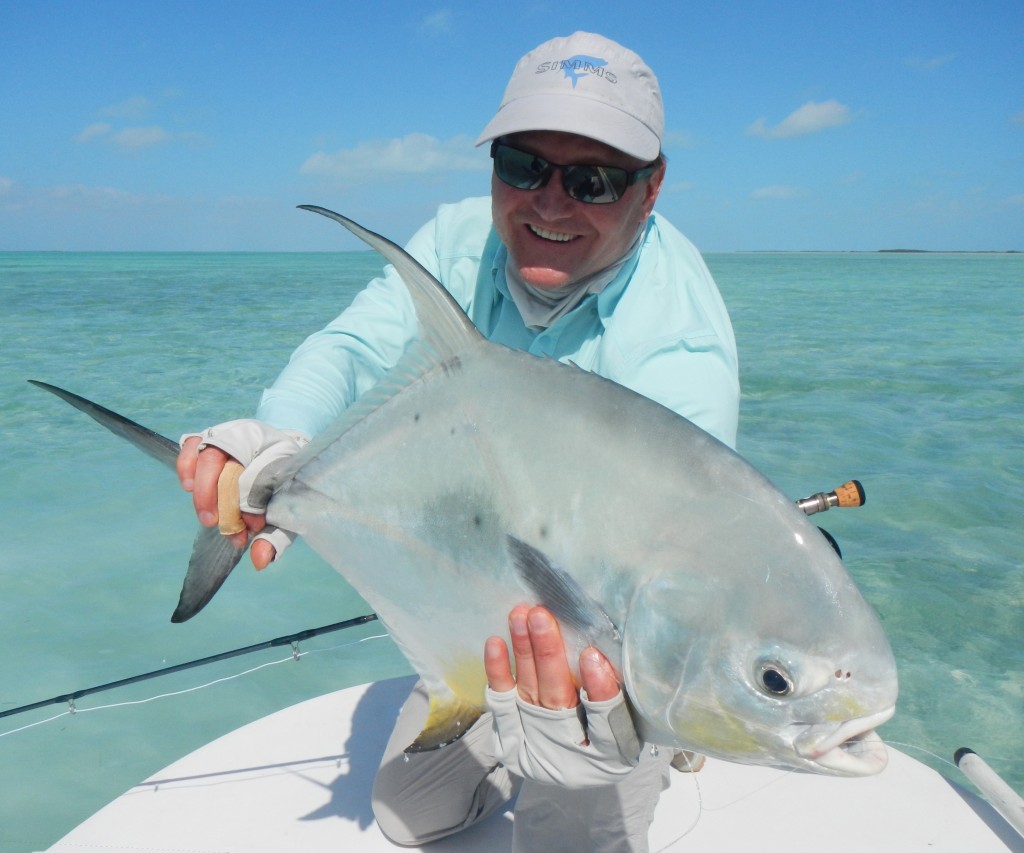 If you wanted to specifically target permit, boats would see 10-30 large (10-40lbs) permit per day but what was really exciting is that permit and bonefish where commonly found together.

The last species that needs an honorable mention in this report are the barracuda of Cayo Cruz.  They are everywhere and large. We had a ton of fun hitting them on flies and during the slow times  a spinning rod and a popper was almost a guaranteed screaming reel. We thoroughly recommend a cheap tough spinning rod in the bottom of the boat for a windy bad weather day or that slow spell that needs an adrenalin cure. (note: giving the guides or dock staff a $50 spinning rod is a great gift and will go a long way because they  have not gear what so ever)

Our Conclusion:  We recommend this trip for all skill levels though we find that this destination is perfect for fisherman who have done one or two warm water trips and really want to challenge themselves with numerous large bones, and accessible, uneducated Permit .  Last year we booked in May and had great fishing and had opportunities to go for tarpon.  The tarpon had not arrived this year because of a late rain fall. We have heard of good tarpon fishing from the location though we have not experienced it. We have already locked down dates for next year in May. We expect the later date to have the same great bonefish and permit fishing with the addition of the grand slam opportunity of tarpon. We just spoke to a group who went down last week in April and they  had 5 grand slams for the group!

We are also toying with the idea of going on an earlier Permit specific trip – contact us if you want to build a Permit focused trip. The guides told us some stories of November to February that really got us excited!

We have locked down a great moon cycle in the first week  of May.  With the success from the last 2 years, many of the spots are filled with returning anglers but there are some holes.  If we have enough interest we hope to open up more dates in both the Prime Season (March- June) or if the interest is there we are excited about the possibility of an early Permit focused trip. If interested, Please contact us and we will put your name down on the waiting list. We understand that it is hard to plan this far in advance but the sooner we have an idea of interest the more effectively we can lock down the best dates for tides.

Also If you are already going to Cayo Cruz or another Cuban fishing location we can help. We know the right flies and the specific gear for a number of the locations around Cuba. Give us a call 604-872-2204 or email us and we can help. 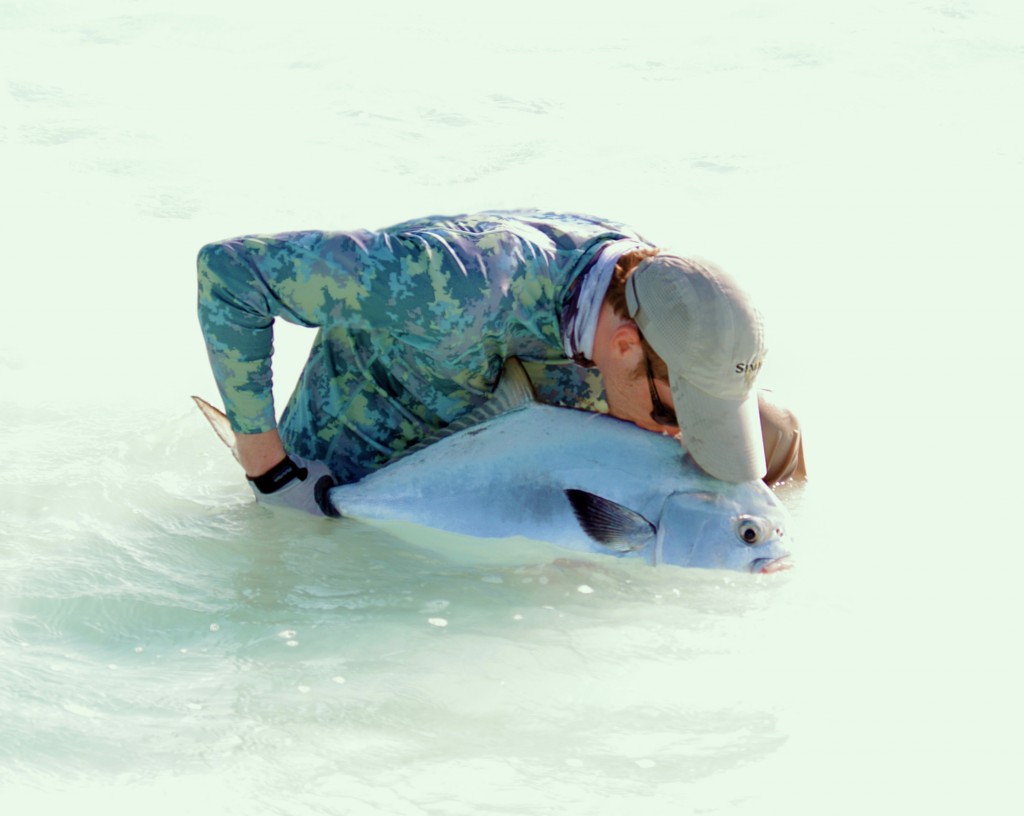