Well, last weekend there was a good push of fish that came on the high water.  The staff heard of anglers hooking up into not only several fish but also some big ones.  At the beginning of this past week the air temperature dropped significantly.  On Sunday the temperature was floating around 5 & 6 degrees Celsius.  When I woke up on Monday morning to head to the shop there was a thick frost on the windshield.

Now that I’ve gone over the forecast remember that this could all change.  One of the biggest mistakes a fishermen can make is not go fishing due to the weather conditions.  Like they say, “you can’t catch’em if you don’t go fishing”.  Well, that’s at least what I say.

We’ve finally heard of some good reports in the local saltwater scene.  Some of the more mature springs are starting to show up and being caught on a more consistent basis.  The prawning has been awesome and the crabbing has been good as well.

The Seastar was out last weekend for a full day charter.  They were able to hook into a few immature salmon (which were released) but they got a couple hundred prawns in their traps.  Captain Preston boiled up some fresh prawns right in the boat for the guests.

Not much will change in terms of the setup you run during the winter.  Trolling with flashers and spoons has been the ticket.  The goal is to imitate herring so a size 3.5 spoon is pretty standard.  If you have any questions or want to learn more about this under-estimated fishery or the local saltwater scene possible, sign up for Pacific Angler’s “Master Local Saltwater Salmon” salmon course.

Special in-the-field report from Pacific Angler Staff Mr. Andre Stepanian,
“Living on rice and beans so I have money for gas to go fishing.  Why couldn’t I be a regular Joe,stockbroker,realtor,engineer?…..I know because I am OBSSESED with fly fishing.
I have been out 6 times and today I finally saw fish get caught, nothing for me but one with gear at the train bridge and also Mr. Lucky (Dave) friend of Scott B and Pacific Angler customer.  Check out the picture, I was walking out of the parking lot at Peach Rd. and he was just leaving.  His first time out so I said, let me take a picture you might end up in the blog on Friday. 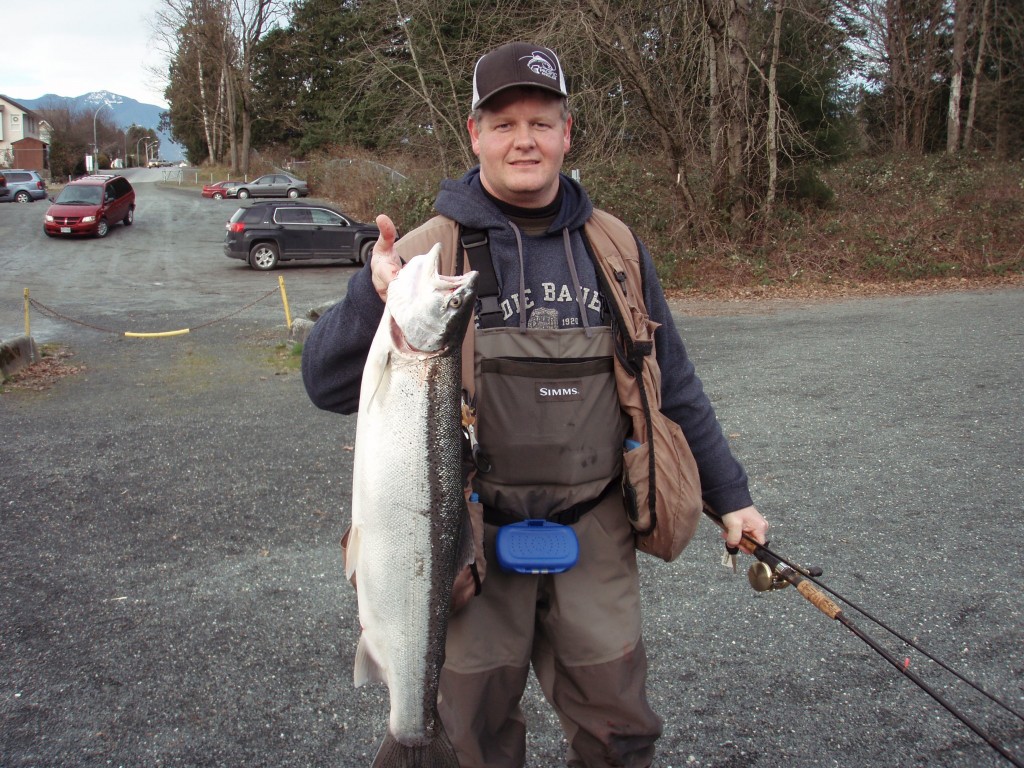 Dave with a beauty hatchery steelhead…

Again WHO SAID THE VEDDER IS BUSY, I had the runs to myself, the water is perfect flow with full visibility. 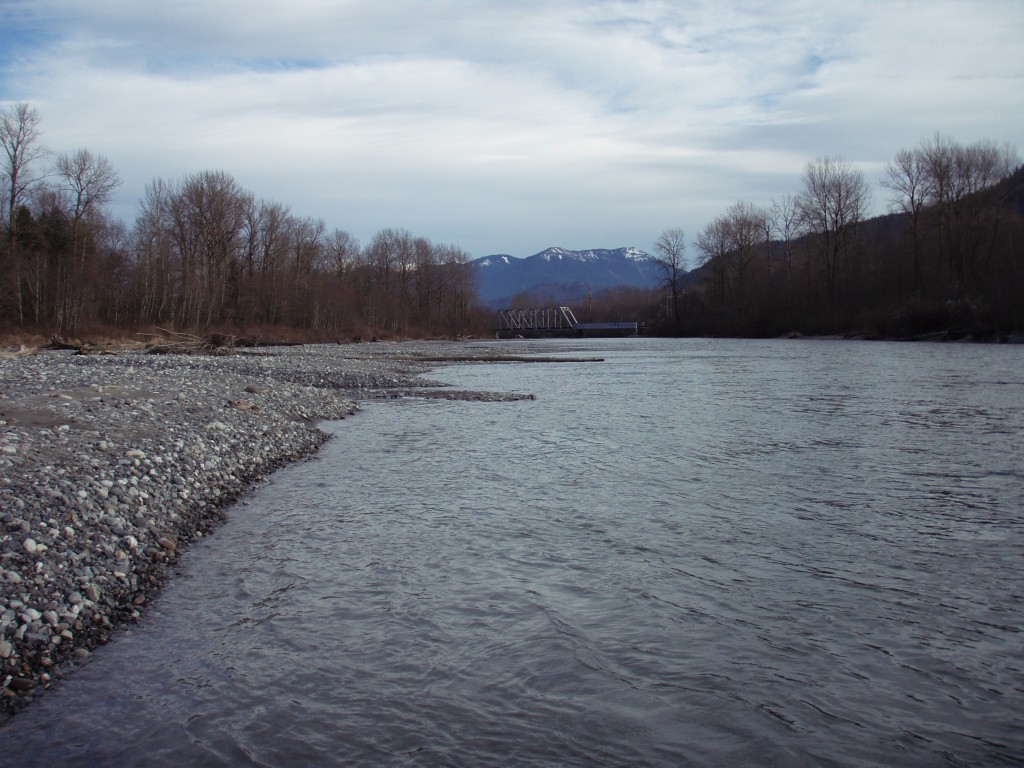 Most of the fish are getting caught from Peach Rd. to the bottom of the train bridge just past the power cables.  I walked from Lickmen to the power lines below the train bridge and back.  I would say about 10 miles of fishing and walking…and I will try again next week.”
The Vedder is usually the hot fishery at this time of year.  It gets the highest returns of winter steelhead.  Don’t be afraid to explore unchartered territory.  We’ve heard of the first reports of fry emerging from the gravel.  The cutthroat fishery should be amazing once the fry really start emerging later in the winter & spring.

Again, the lakes will be slow until they are re-stocked.  Good time for tying up a million different chironomid combinations.

If you have any specific questions about BC’s amazing fisheries please do not hesitate to drop by the shop or give the friendly staff a call (604-872-2204).

See you on the water, 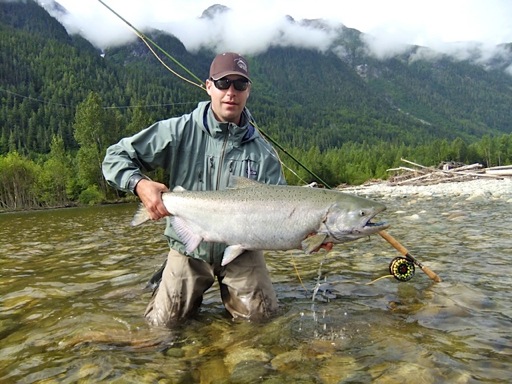 Posted on January 13, 2012 by Jason in FIshing Reports