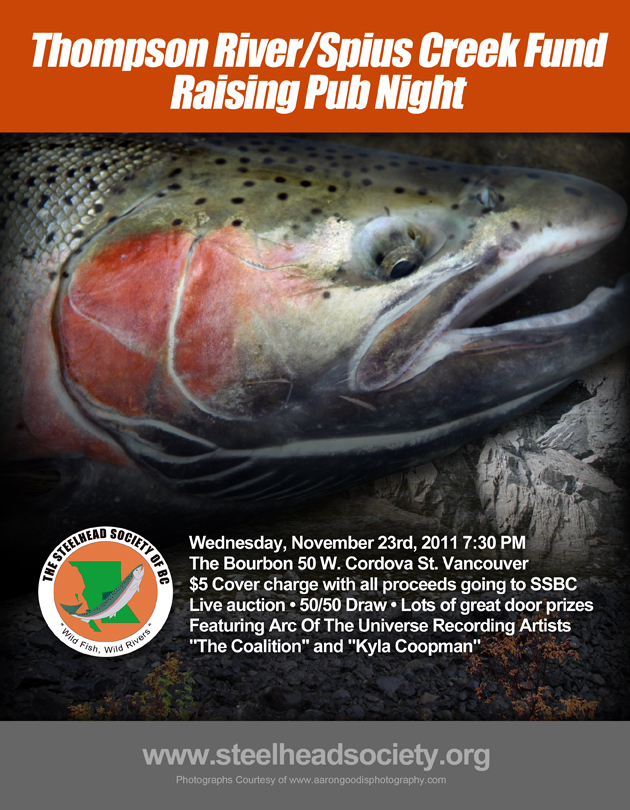 Join Pacific Angler at the Bourbon to help raise money for the Steelhead Society of BC.

On Wednesday, November 23rd the Steelhead Society of BC will be putting on a pub night at The Bourbon, Vancouver’s country bar, to raise money for a major fish rehabilitation project on Spius Creek.  The small creek is a spawning tributary of the mighty “Thompson River”.

There will be many one-of-a-kind prizes to be had at this fundraiser, live music and refreshments.  So make sure to book the night off and make it down to the Bourbon with friends and family and of course Pacific Angler!

Posted on November 7, 2011 by Jason in Fishing Articles